Danish political parties: ‘Left’ is not leftist, and other tips for voting in Denmark

Last week, political posters went up all over Copenhagen, on streetlights, on bridges, and on train platforms.

The posters are for the local elections this month, and even though the candidates are supposed to take them down afterwards, they usually don’t.

So, the candidates will keep smiling and making promises through Christmas, and through the winter snow and ice. Come spring, you’ll see a faded, battered photo of somebody who failed to win anything at all hanging from a light pole near you.

The ‘left’ party is not leftist
I like Danish politics, and I follow it, even though I don’t follow Danish sports or entertainment. I like Danish politics because it involves a lot of intelligent women running things, with men standing in the background to help them out. 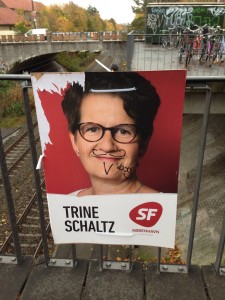 Even though I’m an American citizen, I can vote in local Danish elections, having lived in Denmark for more than 3 years. Of course, you can pay taxes from the moment you step off the plane, but after 3 years, you can have a say in how those taxes are spent.

Now, Danish politics are all about putting together a coalition, because there are 9 main parties, maybe 5 of whom you need to know about. And their names are confusing. For example, the sort of solid, suburban conservative party is called Venstre – the Leftist party.

The sort of hip, young, new media entrepreneur party is called Radical Venstre – the Radical Left. Neither of these parties are in any way leftist.

Giving them the finger
What IS leftist is Enhedslisten – Unity List – a relatively new party built on top of the old Danish Communist party. As a student in Denmark, you’ll notice that a lot of your friends may vote for this party. Enhedslisten has done a great job of branding: they have a gorgeous, likeable young woman as their leader, and they’ve become the cool protest party.

They’re also still communists – they want to shut down the stock exchange, get rid of the army, and abolish private property. A lot of people who vote for this party don’t really want them to come to power. But voting for them is like giving the finger to middle-class Denmark.

Even trust foreigners
Many Danes don’t want to admit, at least to you, that they vote for the Danish People’s Party. But a lot of people do – it’s the third biggest party in Denmark.
There is a party that wants you and wants your votes as a foreigner.

That’s Radikale Venstre (the Social Liberals) – the hip, entrepreneur party I mentioned before. They had a terrible ad campaign during the last election: “We trust people. Even foreigners.”

But their heart is in the right place. The Radikale have a multi-cultural team of candidates, and they do what they can to soften immigration restrictions, in part because their business supporters need the foreigners’ skills.

Oh Frank
Anyway, I will not be voting for the Radikale. I will vote for the team lead by Frank Jensen, the Mayor of Copenhagen, who is a Social Democrat. I voted for him last time, after reviewing all the various campaign videos, and after I’d made my decision, my vote was solidified because Frank Jensen had a great campaign technique.

The red rose is the symbol of the socialism, and Frank found lots of attractive young men from the Social Democrat youth wing to stand outside train stations and give a single red rose to middle-aged women.

It was great – I mean, these are women who haven’t gotten a rose in 20 years. I think he got 85 per cent of the middle-aged female vote. Including mine! And I’m a registered Republican in the United States. I’m sure it was the first time ever I voted Socialist.

Vote at McDonalds
But not the last time. I’ve liked Frank’s work with the city, and I’m going to vote for his team again.

The percentage of Danes who voted in local elections was a little disappointing last time, so this time, people have been allowed to vote anytime from August until November. You can vote by mail, at libraries, in old folks’ homes, in jails, in hospitals, and at McDonald’s.

Yes, McDonald’s. McDonald’s is co-operating with the Danish authorities to get the youth vote up, so candidates will be holding rallies and speeches there.

And whenever you pick up your Big Mac and fries, you can also vote for the candidate of your choice. 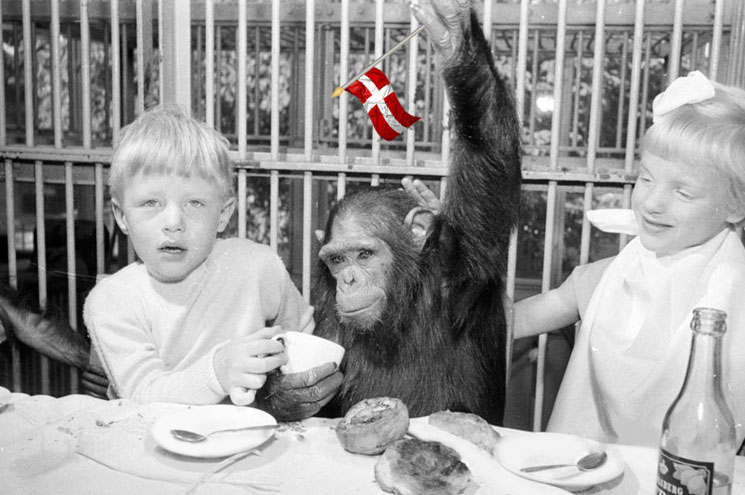 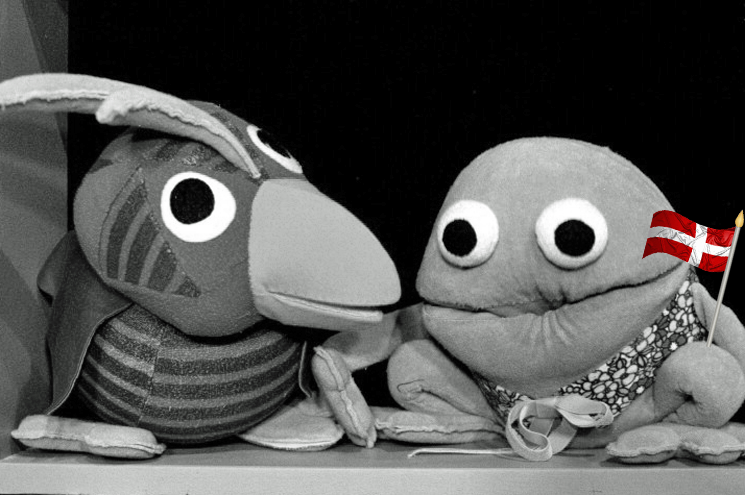 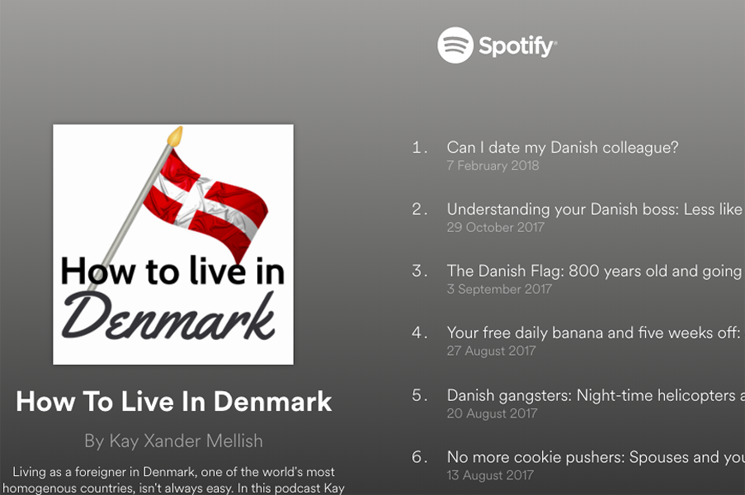 How to listen to the “How to Live in Denmark” podcast