Denmark and the USA, In the Media

Kay says: Something I often talk about when I talk about Danish working culture is the 13 scale.

The 13 scale was a grading scale used in Danish schools from the 1960s until about 15 years ago, so it’s likely to be influential on the people you do business with, even though it’s since been replaced.

Under the 13 scale, an excellent piece of work, a student paper that was pretty much flawless, would get a grade of 11. But….there was the opportunity to get a 13 – if you went beyond perfect, did something exceptional, and taught the teacher something.

This willingness to challenge authority, challenge the status quo and the accepted wisdom, is one of the reasons Denmark is so innovative and punches far beyond its weight on the world stage.

But for international managers, it can be tricky. When they are challenged by their team, they can confuse this lack of deference with lack of respect.

I’m the boss, thinks the international manager. I give you my wisdom, I make the decisions, you carry them out.

But that’s not where their Danish team is coming from. They believe that challenging the accepted wisdom is the best way to get to an inventive result, maybe even something groundbreaking, maybe even earn the workplace equivalent – of a grade of 13.

Book Kay for an in-person or virtual event: Read more.

See our previous video: “The Kvajebajer and Danish working culture”

May 24, 2021 by Kay Xander Mellish
Stories about life in Denmark

When I mentioned visiting Esbjerg for a few days off this spring, many of my friends in Copenhagen said – why? Esbjerg doesn’t have a reputation as a vacation spot, even though it’s the fifth-largest city in Denmark and the youngest big city.

My daughter, who is more clever than I am, told her Copenhagen friends that we were going to the “West Coast of Denmark” making it sound like we would be relaxing on one of the west coast beaches.

For Copenhagen snobs, Esbjerg is a fishing town, which it was 50 years ago but isn’t really anymore. It’s an oil and wind energy town, industrial but very modern.

Still, I think the city has a bit of an inferiority complex.

END_OF_DOCUMENT_TOKEN_TO_BE_REPLACED

May 19, 2021 by Kay Xander Mellish
Stories about life in Denmark

To celebrate the anniversary of the “How to Live in Denmark Podcast” – which launched in summer 2013 and has since racked up more than a million downloads – I wanted something special and memorable. This new Welcome to Denmark drawing is it.

I have long been a fan of Danish cartoonist Claus Deleuran’s 1992 image, “Danes, Danish, More Danish”, done for an exhibit at the Nikolaj Kunsthal, but had always been frustrated that it only seems to exist online small, low-res versions.

END_OF_DOCUMENT_TOKEN_TO_BE_REPLACED

May 8, 2021 by Kay Xander Mellish
Stories about life in Denmark

Along with food and housing, getting around is a big part of the cost of living in Denmark. In fact, the less you spend on rent, by living outside of the most expensive downtown zones, the more you’re likely to spend on transport.

And no matter what the tourist brochures suggest, you probably won’t go everywhere on a bike in Denmark. Bikes are great in downtown Aarhus or Copenhagen, or in a campus-type area like DTU in Lyngby.

But the further you get outside of urban areas, the more useful a car is. That’s why there are 2.5 million personal cars on the road in Denmark plus 0.5 million “business cars.” Three million cards on the road means roughly one for every two people.

Cars are brutally expensive in Denmark, and if you live far away from mass transport, you might be stuck buying one.

Otherwise, there are many ways to lower your cost of transport in Denmark by getting around for less, and it has a lot to do with how well you plan.

And the Danes are, in general, very good advance planners.

My personal favorite way to cut the cost of transport in Denmark are the Orange train tickets you can get for incredibly cheap prices if you book in advance.

I was stunned to find that you can get from one side of Denmark to the other – from Copenhagen to Esbjerg, to be precise – for only 99 kroner.

That’s cheaper than a 10-minute trip in a Copenhagen taxi. And it’s 3 1/2 hour journey.

END_OF_DOCUMENT_TOKEN_TO_BE_REPLACED

The Kvajebajer, or “Failure Beer”, and what it means for Danish work culture

Kay says:  It’s hard to understand the Danish style of working without understanding the kvajebajer. This is a word that translates roughly to “failure beer.”

It dates all the way back to the Vikings, but I see that a Danish brewery just introduced a whole new selection of Failure Beer earlier this year. No, I’m not getting paid to advertise it.

A failure beer is something you provide to all your colleagues when they’ve just seen you make a foolish or avoidable mistake.

Failure cake or failure beer is about an acceptance of human frailty. And it’s rooted in the Danish passion for equality. We’re all human, we all make mistakes, so let’s have a beer.

But this approach can be hard for internationals to handle. If you come from a very litigious society, like the USA, admitting that you made a mistake can make you feel like you’ll be the target of a lawsuit. Better to find someone else to blame.

Or if you come from an honor-based society, like China or Pakistan, you may feel that to admit you’ve made a mistake is a loss of face, a humiliation, a loss of honor.

But honor is not a big part of Danish culture. Surveys show that Denmark has the world’s lowest rate of gelotophobia, that is, fear of being laughed at.

The Danish way, if you’ve made a mistake, is to admit it, analyze what went wrong, plan to do it differently and, if time allows, buy everyone on your team a kvajebajer, or failure beer.

Book Kay for an in-person or virtual event: Read more.

See our video about how the 13 scale of grading affects Danish working culture.

See the “How to Live in Denmark” podcast on YouTube

There are now more than a hundred episodes of the How to Live in Denmark podcast available, and a few of them are now also available as “lyric videos” on our YouTube channel.

If you’re not a native English speaker or just enjoy seeing the words to the podcast while you listen, the lyric videos (which you may be familiar with from your favorite pop songs) might be a good solution for you.

Check them out on the How to Live in Denmark YouTube Channel.

You can subscribe there, or on any of the most popular podcast services, including iTunes, Spotify, Google Podcasts, Castbox, or Gaana.

Anyone who has spent time living in Denmark knows that it’s one of the most expensive countries around. That’s true when it comes to food shopping in Denmark, too.

One Dane who had lived in the US explained it this way: “In Denmark, every supermarket is priced like Whole Foods.”

For those of you who haven’t visited the States, Whole Foods is a high-end grocery chain nicknamed “Whole Wallet” or “Whole Paycheck.”

One reason is that unlike most Western countries, Denmark imposes a full sales tax on food items, adding 25% to the price of almost everything.

END_OF_DOCUMENT_TOKEN_TO_BE_REPLACED

I love old books. I love the kind of old books you get at antique bookstores or on the Internet Archive. And I have a good collection of old books about Denmark.

I like old travel guides, most of which are still pretty useful because the Danes don’t tear a lot of things down the way they do, in say, Los Angeles or Hong Kong. In Denmark you’ll pretty much find most castles and monuments right where somebody left them hundreds of years ago.

If you want to see a famous church or square or the Jelling Stone, your Baedecker guidebook from 1895 will work just fine for you in most cases.

END_OF_DOCUMENT_TOKEN_TO_BE_REPLACED

Gender equality in Denmark: A story of mixed results

Denmark has had two female prime ministers and about forty percent of the people elected to the Folketing, the Danish Parliament, are women, which one might think is a good indicator of gender equality in Denmark.

But when it comes to private industry, Danish women have one of the lowest participation rates in management in Europe. According to the OECD, only 26.9% of managers in Denmark are female, compared to 40.7% in the US.

It’s not unusual to see a senior management team made up entirely of Danish males, with perhaps a Swedish or German male thrown in for diversity.

END_OF_DOCUMENT_TOKEN_TO_BE_REPLACED 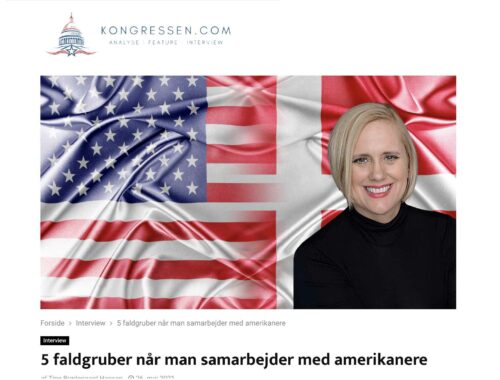 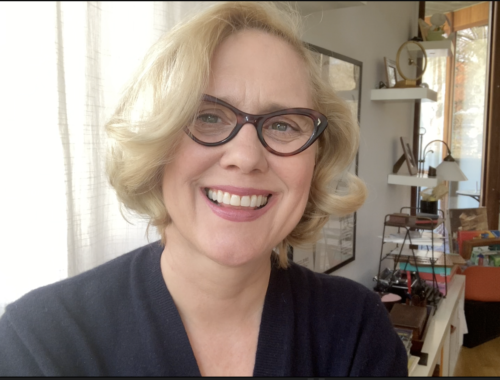 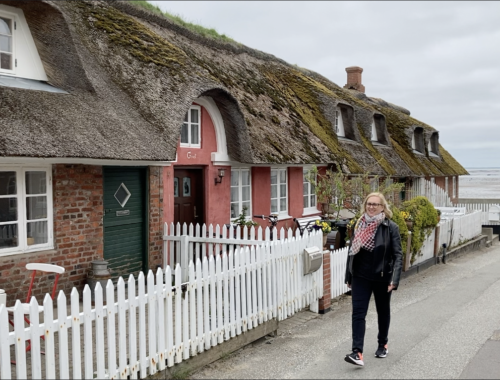