Learning to speak Danish can be difficult, even if you speak its close linguistic cousins, English and German.

While the written language isn’t too tough to figure out, the spoken language is a headache. Danes pronounce only small bits of each word and smash those small bits together.

One foreigner told the story of two boys he saw trading football cards on a train. “Davilik!” “Davilik!” the boys kept crying out.

The foreigner, who was working hard to learn Danish, tried to look up Davilik in his dictionary – without success. There was no such word.

It was only months later that he realized they were saying, “Det vil jeg ikke!” or “I don’t want to make that trade.”

Even the Swedes and Norwegians have trouble understanding spoken Danish.

Why bother learning Danish?
If you’re only in Denmark for a few months, it might not be worth the investment in time to learn much more than the basic pleasantries in Danish.

Tak for “thank you” is good to know, and so is undskyld for “excuse me” when you bump into someone. (The Danes often don’t bother to say undskyld themselves – they just charge right ahead or say Må jeg skub’ lidt?, which translates to “May I push you?” But it’s a good word to know nonetheless.)

You may have been recruited by a company that has English as its corporate language. Technically, this means that all its meetings must be taken in English and all emails and company documents are supposed to be in English.

This is easier said than done, but at least that’s the official policy.

Foreigners and young Danes who speak English well are on one side, and older Danes who struggle with English are on the other.

As a foreigner, you may sense a mild resentment from these older Danes. They have a point – the English requirement was probably imposed after they were long into their careers. It can be embarrassing for someone who is a technical expert in his or her own language to have to stumble through a meeting in a English because wonderful you has joined the team.

If they seem uncomfortable around you, that’s probably why. Please try not to take this personally.

Danes who struggle with English are actually a gift to you, because when you do begin to learn Danish, they’ll be happy to let you practice with them. (It’s a perennial complaint of foreigners that Danes switch to English whenever they hear a foreign accent.)

Why learn Danish
If you plan to stay in Denmark for more than a year or so, it’s a good idea to learn some Danish – and your visa may require that you do so.

Even if you’re not forced to, it’s a good idea to learn to speak Danish if you plan to make a commitment to Denmark. It’ll make daily life easier: you’ll stop wanting to tear your hair out every time you run across a website or voicemail message that’s only available in Danish.

You’ll have more job opportunities, since around half of the positions in Denmark are with national, regional or local governments. Almost all governmental jobs in Denmark require a working knowledge of the national language.

Plus a lot of social life in Denmark takes place in Danish: Danes, understandably, want to speak Danish to each other, particularly when they’re off duty with a beer in hand.

Part of society
My experience when I first arrived was that they’d kindly speak English while I was there, but that as soon as I took a moment away to take a phone call or order another round, the conversation switched to Danish.

When I returned, it continued for awhile in Danish until I interrupted, or until some kind person grudgingly returned the conversation to English.

Learning Danish makes you a full part of Danish society. You’ll be able to follow the behind-the-scenes maneuvers at the office more closely, and join in on the usual lunchtime discussions about Danish politics and Danish TV.

If you have children or plan to have children, you’ll be able to communicate with their Danish-speaking playmates from the day care center.

Not having to rush to Google Translate to find out how to say, “Stop hitting the dog!” in Danish can be worth the long hours of study on its own.

Practicing your Danish
The first friendships or acquaintanceships you make with Danish friends will probably be in English. In most cases, relationships that start in English continue in English.

So if you want to practice your Danish, you’ll probably need to form friendships with new Danes, or join groups where Danish is the lingua franca. Running clubs, knitting clubs, building association boards, and political groups are all good options.

Another tip I offer to foreigners who want to practice their Danish is to seek out the “Visit the Elderly” programs run by Ældre Sagen – the local senior citizens’ lobbying group – and the Red Cross.

These organizations will arrange visits with a sweet but lonely older person who will be pleased to chat with you in Danish for as long as you like. 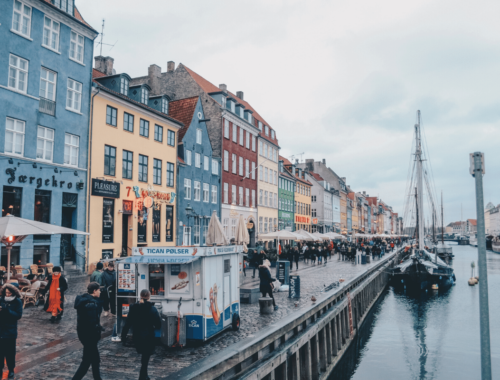 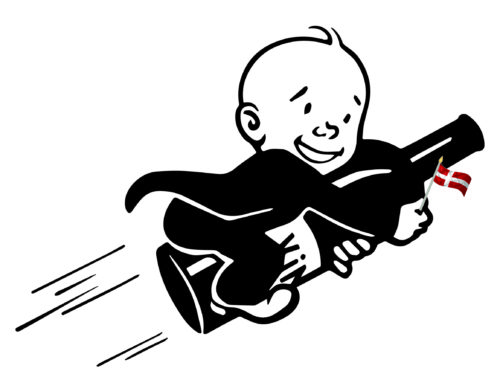